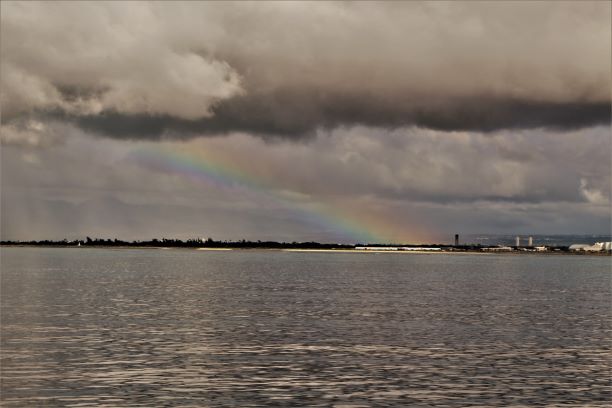 First thing we saw when setting out was a rainbow. Must be good luck!

Winter is whale watching season in Hawaii. Humpback whales travel from the waters around Alaska, where they feed in the summer, to Hawaii, where they give birth and feed their calves, in winter.

Humpback whales were hunted to near extinction, but in 1966 commercial hunting of whales was banned and by 1986 they were removed from the endangered species list as the Humpback population rebounded. Today, the worldwide population of Humpback whales is thought to be about 80,000. While this represents a large increase from 100 years ago, it is still a fraction of the number of pre-commercial hunting Humpbacks.

Humpback whales can be spotted near all the Hawaiian islands, but Maui and Oahu are the most popular islands for whale watching. You can even spot whales from the shore of Oahu at the top of the Makapu’u Lighthouse Trail or near the Halona Blowhole. 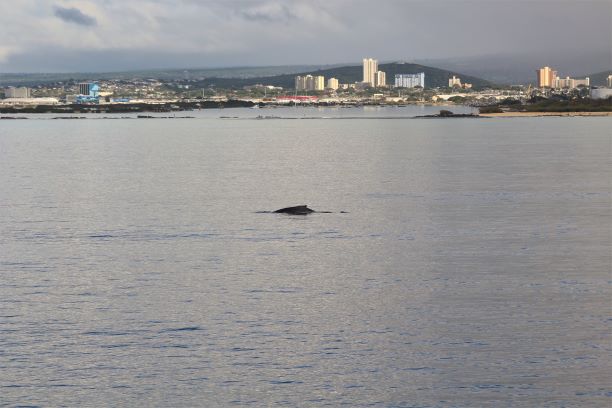 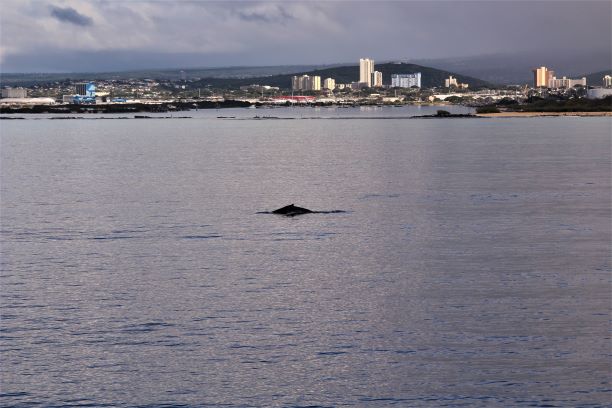 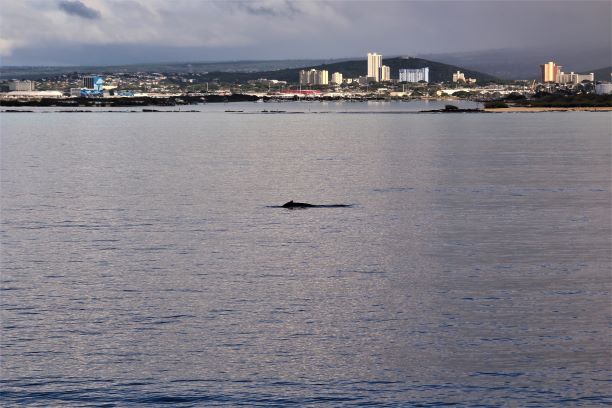 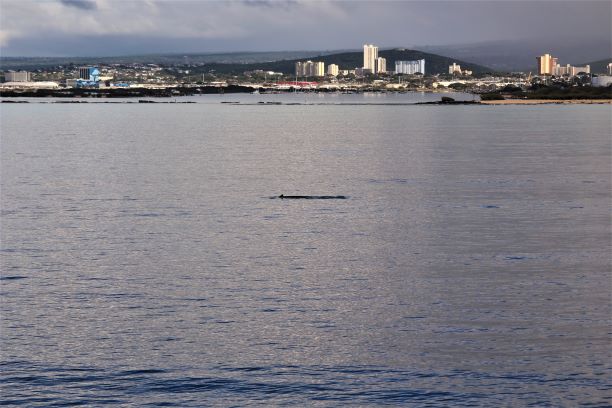 There’s also a certified naturalist on board who helped with spotting the whales and gave loads of information about the giant mammals.

Parasailer enjoying a day on the water. I’ll bet they had a great view of whales!

We save several whales while on our trip. Especially nice was seeing a mother whale feeding her calf.

You can book whale watching cruises for as low as $40, though more elaborate or private tours can cost much, much more.